Improbotics is a tech-infused improv comedy show and a live Turing test science experiment. An actual artificial intelligence-based chatbot is performing in the show and tries to pass as human as it sends lines to one of the improvisers via an earpiece. Our impossible and hilarious challenge is to justify physically and emotionally lines that make no sense at all. Co-created by robotics researchers Piotr Mirowski (UK) and Kory Mathewson (Canada) as well as by drama director Jenny Elfving (Sweden).

“Kory and Piotr boldly and hilarious go where nobody has gone before: actual artificial intelligence improvisation. ” - Colin Mochrie, August 2017

“When it did not work, it was even funnier” - Neil Delamere, September 2017

“This could be revolutionary” - Broadway Baby, May 2018 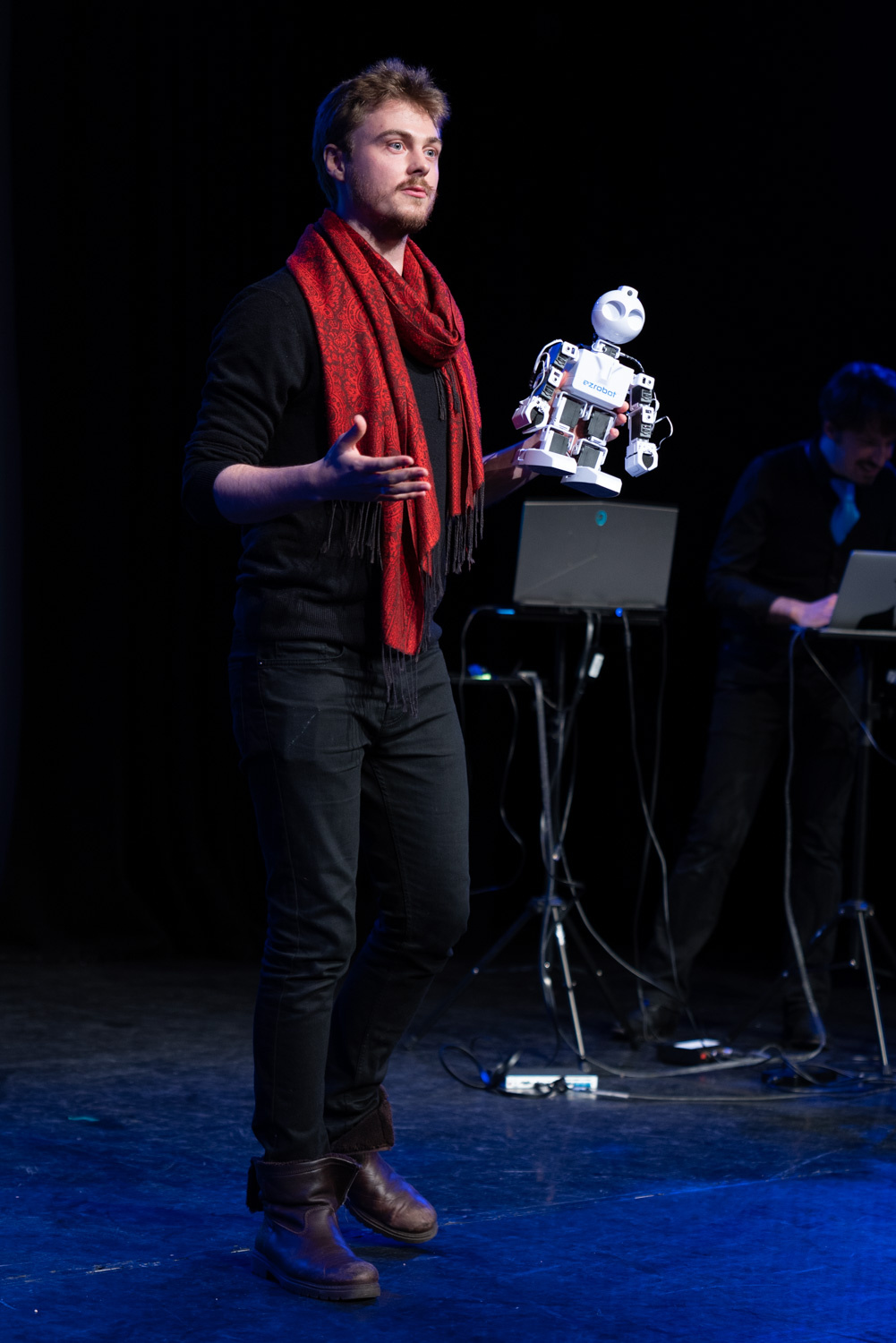